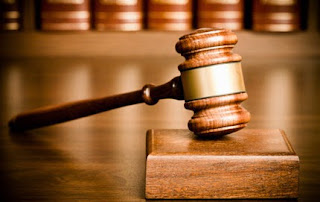 Many people have asked why we don't resign instead of going through the disciplinary council for what seems to be a sure conviction of apostasy.  The main reason is that we know a lot of people that don't believe anymore, want to discuss their doubts and problems in public, but don't for fear of apostasy or shaming from family, friends and people at work.  Because we are in a position that we've already been through that by coming out about our disbelief publicly we feel that we can be a voice for them to hopefully create that middle ground in Mormonism that Carson worked for so many years to create from the inside.

As I always like to post things in bullet format :-) I'll do that here:
Hopefully seeing the logic of my argument, the doctrinal support of my argument and my sincere desires to search for truth and alleviate the suffering of those that the general members don't understand, they'll have the courage to do what is right and help create that space.  I'll end with the following three questions:
...with a plea to follow the spirit and their hearts and not expected cultural norms.
Posted by Carson Calderwood at 7:10 PM

With all of that research and time you have put in, if nothing else, maybe one or two of the 17 HC in that room
Might see that they are following blindly. I'm saving the links for future use, great job you two !

Wow. Thanks for posting this. My husband has listened to your Mo Sto podcast and gave me the synopsis. For a couple years, I felt my faith expanding as I learned details of church history which seemed to say to me that it's ok to write our own story and make our own connections with God. Your excommunication and the throngs of others are something I cannot abide. Thanks for helping create a space like this for unorthodox and post Mormons.

Unfortunately people come with their thoughts and responses preprogrammed
https://www.youtube.com/watch?v=MFzDaBzBlL0

Awesome information! Christ's teachings should always be our foundation & standard and never the teachings & commandments of men.

You were like the fictionally but great prophet 'Abinadi' in front of that council, hopefully there is at least 1 Alma among them that will now be willing to wake up and repent and see the evil he's involved in.

"Hopefully seeing the logic of my argument"... I think that's where you went wrong! Much love to you two!

First of all this church is not a democracy, We do not vote on what rules or commandment we will follow, we are given the freedom to sustain the leaders and follow them. When we don't agree we can continue to follow in faith or we are free to leave. As for not feeling the spirit after reading the BofM I sorry you didn't but million have and have made great sacrifices to follow that spirit. The church loves all people of the earth as our Heavenly Father's children, hence over one billion dollars in humanitarian aid has been given out mostly to not christian out of love and concern for others. Yes there have been errors made by leaders and there are troubling facts in past church history but the message of the atonement is true. As I work in various assignment in the church I am able to feel the spirit quite often and receive a witness that it is true. When I raise my hand to sustain my leader that is exactly what I intend to do. Sorry you have not had experiences with the spirit testifying the truthfulness of the gospel, It is a wonderful thing!

To jhburgon:
The church as originally set up was a democracy, from what reading I have done. B.H. Roberts explained that the "of's" in the name of the church, The Church "of" Jesus Christ "of" Latter-Day Saints are very significant. Early Americans understood this, i.e. government of the people, by the people, for the people. All things are to be done with "Common Consent". Joseph Smith wanted to remove Sidney Rigdon as 1st counselor and was voted down.

As far as your spiritual experiences, I believe you when you said you have felt them. The problem is that most of us when we feel the spirit think God is confirming that the church is true. I believe a more wholesome concept is simply that God is confirming that you are following a good path for you. I have listened to people who felt the spirit when leaving the church. The common church response to this is that the person leaving is listening to the wrong spirit. Maybe it is just that God needs them on a different path.

As far as the church giving billions to humanitarian aid, remember that it is the members who give them the money to spend. If they didn't give this money, the church leaders would be guilty of fraud.

As far as sustaining your leaders, sustain can have two basic meanings. One is in sustaining the law, which means you follow the law. This is the common use in the church. The other version of sustain as it originated in Greek or Latin (don't remember which was the root version of the word) is to sustain means to support, i.e. food sustains life or if a person is walking a log, sustain means you reach out your hand to balance them. I much prefer this second usage.

I enjoyed this video very much. I have a great amount of respect for Carson and Marisa. I, myself, born and raised in the church and devoted most of my life (50 yrs) to it, including serving as bishop for 5 years. Now I go and just try to fit in the best I can, but don't say anything. I tried to speak to "close friends" in the ward about facts I learned and got "I hope you find what you are looking for" answers. That was that. I was looking for the truth, but they didn't see it that way.

Anyway, I hope the church someday recognizes that there are plenty of devoted members that would prefer to attend church with their TBM family members and not be treated like we have let them down or something. It seems the church has punished us enough by not being truthful with us in the first place.